Diana Rice
Abigail "Abby" Newton is a 9-year-old character that only appeared in Barney's Great Adventure.

Abby has two brothers, Cody and Fig (both of which only appeared in the film as well). Her best friend is Marcella, and at the end of the film, Twinken reveals that Abby's dream is to be a jockey and win a horse race. 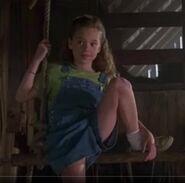 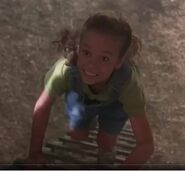