The book was originally released in honor of Barney's 10th Anniversary but was later reprinted without the logo when the anniversary passed under Scholastic and HIT Entertainment.

Children will have a ball with Barney, BJ and Baby Bop as they take an incredible trip to Professor Tinkerputt's Toy Factory. They'll practice counting from 1 to 10 while playing with some of their favorite toys. From bouncing balls in the air to riding a squeaky wheeled tricycles, children can always count on having fun and learning with Barney! 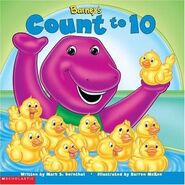 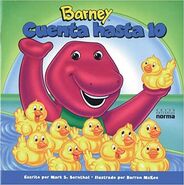