$12,218,638
Barney's Great Adventure is a 1998 film based on the children's television series Barney & Friends. The film was written by Stephen White, directed by Steve Gomer, produced by Lyrick Studios & Good Egg Productions, and released by PolyGram Filmed Entertainment on April 3, 1998 in the United States and Canada at the height of Barney's popularity.

On a road trip to their Grandparents' farm, Abby and her friend Marcella are content playing with a stuffed Barney doll, while Cody believes Barney's "kids stuff." At the farm house, Cody takes Barney from the girls and hides him in the shower, where he comes to life. Barney tries to convince Cody that it was his imagination that made him real, but fails to do so. Instead he points out that real dinosaurs don't laugh or talk or laugh- there aren't any real dinosaurs anymore. Cody plays a trick for Barney to disappear, because he doesn't believe in him. For revenge, Barney reappears because he believes in Cody.
Wishing to do something no one's done before, an egg shoots down from the sky into the barn. The next day, Barney, Abby and Marcella went to have fun on the farm. While going to ask Abby and Cody's grandparents about the egg, Barney heard Baby Fig and went up to check on him. Cody finds Barney in the baby's room and they take the egg to Mrs. Goldfinch, the local bird lady. They learn it's a Dream-maker, and they have to return the egg before all five of its colored rings light up. Cody loses the egg by knocking it out a passage way and it lands on a bird seed truck. The chase is on!
From a parade with a marching band and a visit to Chez Snobbe, a fancy restaurant, to a circus, the kids and Barney are on a pursuit for the egg. When a juggler sends it flying, the kids lose all hope of finding it, but Barney tells them to not give up. After learning it ended up on a balloon, the group imagines (with the help of the audience) flying on an airplane made out of a log. Barney's friend, the Collector, has the egg as a ballast (to keep the balloon steady), but after some convincing, he drops it and Abby catches it just in time. Back on the farm, the egg hatches in the barn, revealing a koala-like creature, named Twinken.
Twinken shows Abby's dream (to be a jockey and win a horse race) to everyone. Cody apologizes to Barney for being mean to him and admits he thinks he's cool. Barney accepts his apology and tells Cody he thinks he's cool too and the two share a hug. Twinken then shows Barney's dream : "a special time, a special place and sharing it with the people he loves," which leads Barney and the rest of the cast to sing "I Love You." Baby Bop gets sleepy, which prompts BJ to decide that they're ready to go home. The film ends with Barney turning back into a doll with Twinken sitting right next to him, as the two of them wink.

Word of a Barney film first arose in November 1992 when Debbie Ries, sales director for the Lyons Group said plans for a movie was in the works.[2] In 1993, it was later announced by creator Sheryl Leach at the The National Press Club in Washington, D.C. that a movie was coming. Later in 1994, a Barney Magazine states that Barney would star in his first ever film entitled Barney: The Movie.

At the time of development, around the mid-nineties, all the major film studios wanted to do a Barney feature, with the production companies pitching to the owners of Barney. One of the studios even assembled the executives together to sing "I Love You" to Sheryl Leach when she arrived to the respective studio.

Co-creator of South Park, Trey Parker, was offered a million and a half dollars to direct the film, after the crew saw he could do funny things with kids since he did The Spirit of Christmas. Parker declined the offer.[3]

The film would originally be distributed worldwide by Geffen Pictures through Warner Bros and produced by Sheryl Leach and Dennis DeShazer.[4] According to Sheryl Leach, it had a release date for summer 1995.[5] Warner Bros. and Lyons had disagreements over marketing, leading the latter to bring the film (with help from now former producer Geffen) to Polygram.[6]

Director of the film, Steve Gomer was approached for the feature by an individual who called in regards that a musical Barney film was being made. Gomer had no interest in being apart of the television series, but did express interest in doing the film.

An initial script was already penned, by series writer Stephen White, however it was cut down as the director viewed the script as lengthy.[7]

Gomer expressed desire to work in Montreal, Canada to save on the cost of filming the movie.

To Sheryl Leach, it was a joy of filming as she stated "It was a joy to do the film because it took me back to the early days in Barney's development. Just like the beginning days of Barney, this movie takes him to places children have never experienced with him before. The film was a great opportunity to open new story lines and environments so that children can travel to new places with their friend, Barney," Leach says. "The film goes to some incredible places that we hope will appeal not only to children but to adults as well." Leach adds that the film allowed them to "take the familiar Barney and put him outdoors and in other very different settings from his traditional environments." The film was shot on locations outside Montreal, Canada, including the renowned Ste. Anne­deBellevue's Morgan Arboretum, a popular wildlife sanctuary. The veteran film crew was initially a bit skeptical of the large purple star.[9]

On June 20, 1997, Barney himself announced his film at a news conference at the Beverly Hills Hotel. Later in 1997, teaser trailers for the film Barney's Great Adventure: The Movie arose on VHS cassettes with some Barney Home Videos.

To promote the film, Barney, Baby Bop and BJ performed "Imagine" on November 27, 1997 in the Macy's Thanksgiving Day Parade.

In honor of the film, a television special titled Barney's First Adventures aired on March 28, 1998 on Fox Kids. It was soon released as a bonus feature on the DVD to Barney's Great Adventure.

Barney's Great Adventure was released on VHS and DVD on September 1, 1998 by Polygram. After PolyGram went defunct, the film was re-released by Universal Pictures as that's where PolyGram's films got transferred to. The film was re-released again on DVD in 2015 with a "Happy Faces" cover. Barney's Great Adventure was also released on the streaming service Peacock on its launch date.

The film received overwhelmingly negative reviews from film critics. On Rotten Tomatoes, the film currently has a "Rotten" score of 32%, based on 25 reviews with only 8 fresh reviews, and a rating of a 5.03 out of 10.[12] It was nominated for two awards at the 19th Golden Raspberry Awards: "Worst New Star" (Barney) and "Worst Original Song" (Barney - The Song) , but lost to An Alan Smithee Film: Burn Hollywood Burn, though the former award was tied with Ringmaster.

Stills and Behind the Scenes 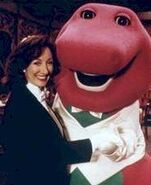 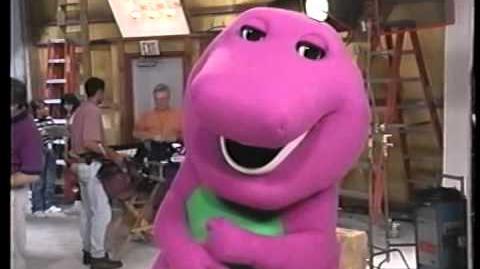 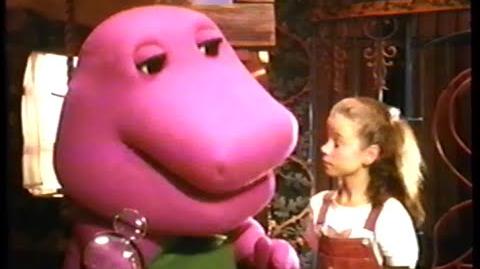 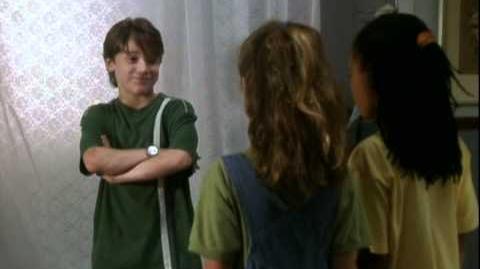 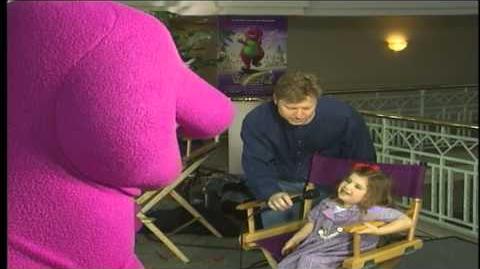 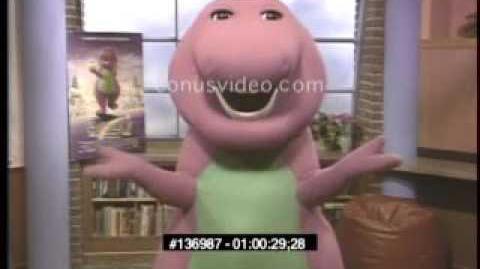