This live stage show is not to be confused with Barney's Greatest Hits: The Early Years.

Barney's Greatest Hits is a stage show that was performed at Star Hall in Hong Kong on March 25, 2016 until the 27th.[1] It was then performed at The Theatre at Mediacorp from September 9-11 2016.[2] The show was then performed from July 8-9 in Malaysia at the Putrajaya International Convention Centre. It had one additional performance run from August-December 2017 in the Indonesia & South East Asia Region.[3]

Hey Barney fans! It’s time to sing and dance with the purple dinosaur, Barney and his friends Baby Bop, BJ and Riff, in this high-energy song and dance live on stage. To celebrate Barney’s love and care over 25 years, a brand new musical with many of Barney’s popular and favorite songs all in one show. Kids, let’s raise up your hands, shake your body, move your feet and sing-along with Barney in this super-dee-duper musical show.

Barney leads the little audiences to the imaginative adventure tour. They go to the Musical Castle and meet the King; then they travel to outer space to visit the purple planet. Finally Barney, BJ, Baby Bop and Riff present the top hits and there will be plenty of fun for everyone![4] 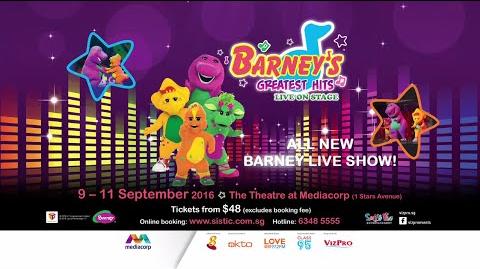 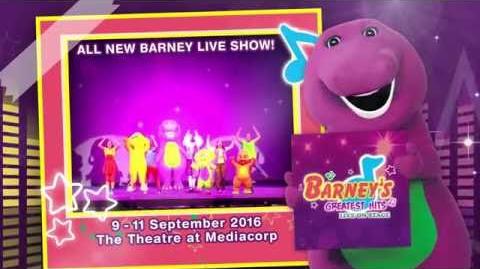 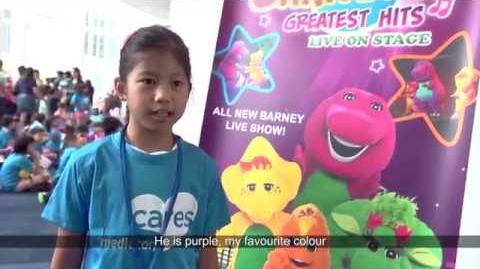 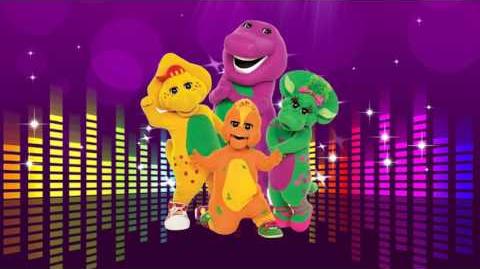