Sheryl Leach (exec.)
Dennis DeShazer (exec.)
Jill K. Hance (associate)
David Bernard Wolf[1]
Barney's Sleepytime Songs is the third album by Barney that was released on September 26, 1995, by EMI Records. It was the final album released by the studio since soon after, the distribution deal would expire.

The album sticks with the theme of bedtime[2] and contains songs about getting ready for bed, lullabies, the night time, sleep and dreams.

The same year of the album's release, it commercially went on to peak at number four on Billboard's Top Kid's Albums on November 25, 1995.[3] It has sold over 500,000 units, currently making it certified gold,[4] thus making it Barney's third album to hit that certification, following the two proceeding albums.

At AllMusic, Heather Phares rated the album four stars out of five, saying that Barney's Sleepytime Songs "gathers a generous amount of traditional and contemporary lullabies". [5] 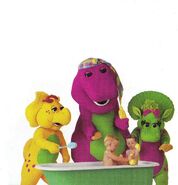 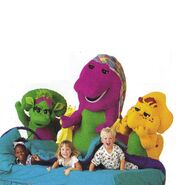 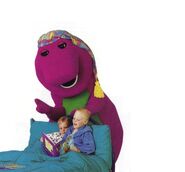 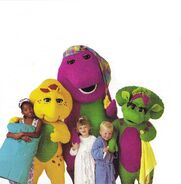