Barney & Baby Bop Go to School is a 1996 children's picture book that was written by Mark S. Bernthal and photographed by Dennis Full. It was originally published in 1994 under the title Baby Bop Goes to School, with both of the titles being in the "Go to" series.

It was later re-released as Let's Go Visit The School.

Join Barney as he drops Baby Bop off for school. Baby Bop has lots fun at school like feeding the guinea pig, finger painting, and making some new friends. 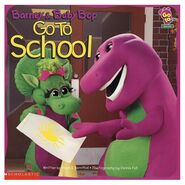 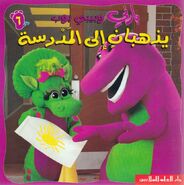 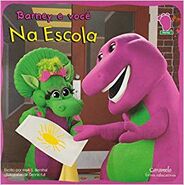 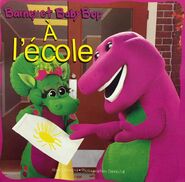 French cover
Add a photo to this gallery

Retrieved from "https://barney.fandom.com/wiki/Barney_%26_Baby_Bop_Go_to_School?oldid=234463"
Community content is available under CC-BY-SA unless otherwise noted.