Yes (when it was re-released as Barney's Outdoor Fun!)

Hannah, Kim, and Chip are playing a game in the playground when Stephen joins them wearing a forest ranger uniform. After a visit from a forest ranger, Stephen decides he wants to become a forest ranger too but has never visited a forest. With a little imagination, Barney brings his friends to a special summer camp, Camp Wannarunnaround.

Before the camp activities can begin, the kids rush to clean their bunkers. Afterwards, Barney and his friends warm up with exercises. After BJ joins the group, Barney takes his friends to the camp's lake. Barney and the kids do some fishing, while BJ does some boating.

Upon returning to the forest, Barney wants to show his friends how to pitch a tent. The kids look around for materials to practice pitching tents when they discover Baby Bop's blankey. Although struggling previously, Barney shows his friends his finished, spacious tent. Baby Bop proceeds to build her own "puppy" tent when a puppy dashes out. Barney and his friends look around for the puppy before getting to play with it.

Later in the day, Barney takes his friends on a nature hike through the forest where they discover different animals. Upon reaching a resting spot, Barney informs his friends that it's time to unpack their mess kits. BJ mistakenly thinks that a mess kit is for making a mess and begins to litter all over the ground. Barney teaches his friends the importance of picking up after oneself, leading to cleaner brighter world. Upon cleaning up, Stephen discovers a pinecone, learning that the seeds of a pinecone can grow an entire forest. While having lunch, Barney shows his friends various nature parks on the adventure screen. When a pack of mosquitos disrupt their lunch, Barney and his friends quickly pack their belongings and scurry back to the campsite.

Later in the evening, the kids join Barney for a sing-along. They help come up with the name for Baby Bop's new puppy: Bingo. Baby Bop and BJ join in on the fun, when BJ declares he wants to tell a scary story. After frightening Baby Bop, Barney tells his friends to listen quietly for all the sounds of the night time. As the day comes to a close, Barney's friends lower the flag. Baby Bop and BJ return home. Barney and his friends sing I Love You and return to the school. Stephen thanks Barney for bringing him to a forest and places the pinecone next to the doll. 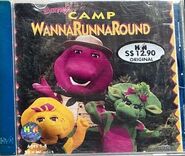 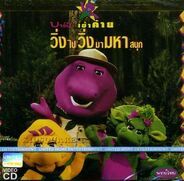 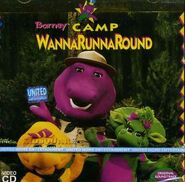