Corey Lopez
Carlos is a character on Barney & Friends, played by Corey Lopez. He debuted in "Barney Live! In New York City", and he only appeared in Season 3.

Carlos has a little brother named Juan. They only appeared together in "If the Shoe Fits..." and "Any Way You Slice It". He also has a cat named Fluffy and a bowl of goldfish (named Super, Dee, and Duper; a play on Barney's famous phrase) who he mentions in "Our Furry Feathered Fishy Friends".

Carlos lives with his little brother, Juan, his mother, and his father, as mentioned in "Room for Everyone", where he paints a picture of them. He also has a grandmother. Carlos and Juan are of Mexican descent like Luci and Tina.

Carlos with Barney in a promotional image 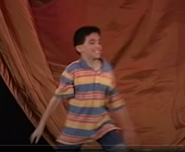 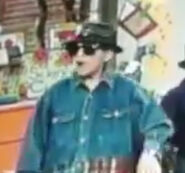 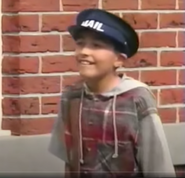