Barney Wiki
Register
Don't have an account?
Sign In
Advertisement
in: Barney Books, Books Written By Stephen White, 2001,
and 5 more

Come On Over To Barney's House!

Come On Over To Barney's House!

Two children by the name of Robert and Claire come over to Barney's house, wanting to play with him, BJ and Baby Bop. Before they children came over, Barney was making some PB&J sandwiches with his PB&J Machine, leading to show the kids how it worked.

Claire then spotted Baby Bop who was playing with Barney's Spin-the-Globe Radio. Baby Bop loves to listen to the radio with her brother BJ, leading the group to then wonder where he was. Barney mentioned that he thought he saw BJ near the computer earlier.

As the group checked to see if BJ was near the computer, they saw Murray the Web-Surfing Mouse. Murray suggested that they look for BJ upstairs. Using the Upsy-Daisy Elevator, they checked upstairs in all the different rooms, such as the bubbles room, the ball room, the butterfly room and the music room.

When the group checked the music room, Mr. Bluejay told them that BJ was downstairs setting up for a surprise. They eventually found BJ who was setting for his rock 'n' roll band, BJ and the Rockets.

BJ and the Rockets played their song for everyone, leading everyone to sing and dance to "The Dino Dance". 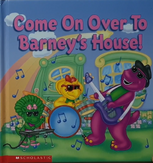 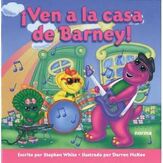 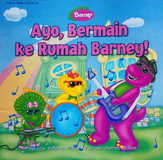