Although CPTV no longer produced any more episodes, the company had partial financial control over the franchise until 2015.

The multi-colored C's merge together including the colors like Dandelion, Caribbean Green, Sunset orange, Lime Yellow, Cornflower Blue, Magenta, Hot Pink, Purple Pizzazz, Light Purple, Peach, and Lavender. Once that happens, then the sparks particles will explode from the dot above the C and they will turn red. Alternatively, a longer variant is sometimes in place after the credits where the logo animates in a slower speed with an extreme closeup view of a colored C that zooms out while the C's orbit and spin and the disco balls fly around along with one C that gradually rotates on it's way to it's position, then the "C" flies in from the left and makes a "U" turn rotating to the other C's. Prior to the explosion after they come together, the logo shines in multiple colors and then pans diagonally to the left during the explosion and remains on-screen longer which then it cuts to black instead of fading out onto it's transition to the funding. On certain prints of the full logo including this one that was used as a station ID, the byline displaying these channels:

Sometimes, this variant is in warp speed and with different disco ball animation.

A byline-less version of the 1993 Connecticut Public Television logo. 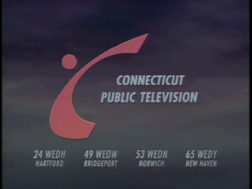 A variant of the 1993 CPTV logo with the byline that shows the channels on the bottom of the logo. This variant is pretty rare, you may find this on a few episodes of Barney & Friends. 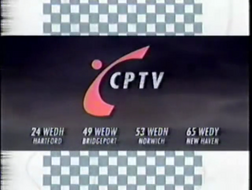 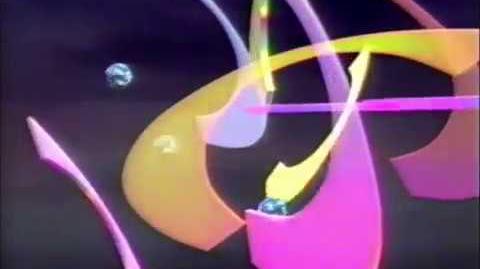 Connecticut Public Television Logo 1993 (Long Version) (High Quality)
The extended version of the 1993 CPTV logo. This can be seen on a few episodes of the series.

Connecticut Public Television (1993, Medium version)
A warp speed version of the full CPTV logo.
Add a photo to this gallery

For the 2004 logo, the logo is stylized with specular highlights (that is different from the one used for the 1993 version including the full length version) with certain show clips keyed onto the C. The text just has the acronym next to the C and "Connecticut" is below it with the gradient line almost at the bottom of the screen. 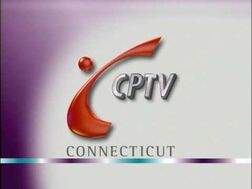 This logo starts at the closeup look of the glass ball with bubbles as the camera orbits around with C's and dots revealed on zooming from the ball. The objects merged together with a flare ping and the circles expand with the red gradient and words fading in one by one. After that, the byline of channels (without the numbers from the long version of the 1993 logo this time) appears below the company text. The music played on this logo is a orchestrated version of the 1993 jingle.

The current logo for the Connecticut Public Television. 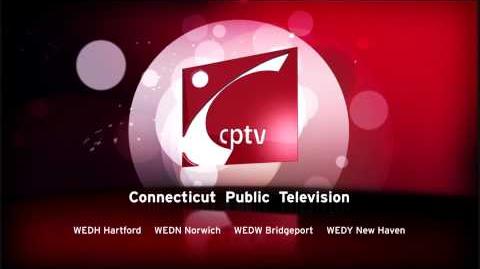 Connecticut Public Television 2009-
Add a photo to this gallery

On the recent logo, the logo wipes in from the bottom left to the top right while zooming in towards the viewer and stops afterwards.

CPTV American Public Television (2013)
Add a photo to this gallery
Retrieved from "https://barney.fandom.com/wiki/Connecticut_Public_Television?oldid=220023"
Community content is available under CC-BY-SA unless otherwise noted.