Daven Wilson (born August 14, 1994[1] in Dallas, Texas) is an actor who has portrayed the character Jackson in Barney & Friends from mid-2002 to 2006. He is also known for playing Trey in Merry Christmas, Drake & Josh.

Daven Wilson began acting at age 5 earning his first credit in a national commercial. He would later play Jackson in a few seasons of Barney & Friends.

Actor best known for playing Jackson in the long-running children's series, Barney & Friends. Daven Wilson is also a talented singer, and he gained attention for releasing his debut single "It's Daven." He has a self-titled YouTube channel where he's posted covers of popular songs by rappers like Drake and Tyga.

Daven Wilson appeared as Fleck in the episode, "iQuit iCarly", on iCarly, and in the Nickelodeon film, "Merry Christmas, Drake & Josh", where Camille and Cosette Goldstein appeared.

Daven Wilson has a sister and he is from Dallas, Texas. 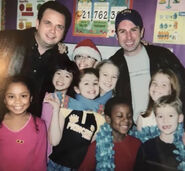 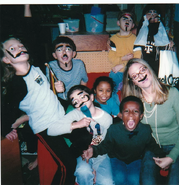 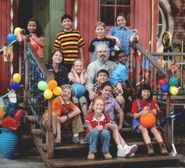