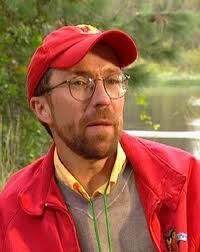 Jim Lewis (born December 23, 1955) is an American writer known for his work with The Jim Henson Company and The Muppets. Lewis first worked with the Muppets as the editor of Muppet Magazine. The book Before You Leap, which was credited to Kermit the Frog, was written by Lewis. The Disney Channel program Studio DC: Almost Live was also produced by him.