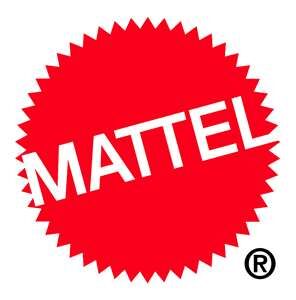 Mattel, Inc. is an American multinational toy manufacturer founded in 1945 with its headquaters situated currently in El Segundo, California.

The company incorporated the next year in California. Mattel became the first year-round sponsor of the Mickey Mouse Club TV series in 1955. The Barbie doll debuted on March 9, 1959 at the New York International Toy Fair, eventually becoming the company's best-selling toy in history. In 1960, Mattel introduced Chatty Cathy, a talking doll revolutionizing the toy industry, which led to pull-string talking dolls and toys flooding the market throughout the 1960s and 1970s.

The company went public in 1960, and the New York Stock Exchange listed them in 1963. Mattel also acquired a number of companies during the 1960s. (See below:)

Other Inventions and The End of the Owners' involvements

In 1965, the company built on its success with the Chatty Cathy doll to introduce the See 'n Say talking toy, spawning a line of products.[11] They released Hot Wheels to the market on May 18, 1968. In May 1970, Mattel formed a joint venture film production company Radnitz/Mattel Productions with producer Robert B. Radnitz.

Mattel purchased The Ringling Bros. and Barnum & Bailey Circus in 1971 for $40 million from the Feld family, whom Mattel kept as management. Mattel sold the circus corporation by December 1973, despite its profit contributions, as Mattel showed a $29.9 million loss in 1972.

In 1974, an investigation found Mattel guilty of issuing false and misleading financial reports, banishing Elliot and Ruth Handler from their own company.

Arthur S. Spear, a Mattel vice president, took control of the company in 1975, who returned the company to profitability in 1977. Ruth Handler sold her stock in 1980.

The Mattel Electronics line debuted in 1977 with an all-electronic handheld game. The success of the handheld led to the expansion of the line with game console then the line becoming its own corporation in 1982. Mattel Electronics forced Mattel to take a $394 million loss in 1983 and almost filed for bankruptcy.

In 1979, through Feld Productions, Mattel purchased the Holiday on Ice and Ice Follies for $12 million. Also acquired that year was Western Publishing for $120 million in cash and stock. The Felds bought the circus (and related companies) in 1982 for $22.8 million.

New York venture capital firms E.M. Warburg, Pincus & Co., and Drexel Burnham Lambert invested a couple hundred million in Mattel in 1984 to help the company survive. However, the Master of the Universe action figure line sales dropped, causing a $115 million loss in 1987. Chairman John W. Amerman improved the company's financial performance in 1987 by focusing on core brands. Mattel returned to working with the Disney company in 1988. In 1991, Mattel moved its headquarters from Hawthorne, California to El Segundo, California where it remained to date.

Mattel entered the game business in 1992 with the purchase of International Games, maker of Uno and Skip-Bo. Mattel purchased Fisher-Price, Inc. in 1993, Tyco Toys, Inc. (owners of the Matchbox and Dinky Toys brands) in 1997, and Pleasant Company (maker of the American Girl brand) in 1998. Mattel purchased The Learning Company in 1999 for $3.5 billion, but sold it in 2000 at a loss. The company had a $430.9 million net loss that year.

Mattel earned the first grant for Disney Princess doll licenses in 2000.[24] In December 2000, Mattel sued the band Aqua, saying their song "Barbie Girl" violated the Barbie trademark and turned Barbie into a sex object, referring to her as a "blonde bimbo." The lawsuit was rejected in 2002.

In 2000, Mattel signed a deal with Warner Bros. to became the master licensee for Harry Potter-branded toys. In 2002, the companies extended their partnership, with Mattel becoming master licensee for Batman, Superman, Justice League and the Looney Tunes toys for all markets except Asia.

In 2002, Mattel closed its last factory in the United States, originally part of the Fisher-Price division, outsourcing production to China, which began a chain of events that led to a lead contamination scandal. On August 14, 2007, Mattel recalled over 18 million products. The New York Times closely covered Mattel's multiple recalls. Many of the products had exceeded the US limits set on surface coatings that contain lead. Surface coatings cannot exceed .06% lead by weight. Additional recalls were because it was possible that some toys could pose a danger to children due to the use of strong magnets that could detach. Mattel re-wrote its policy on magnets, finally issuing a recall in August 2007. The recall included 7.1 million Polly Pocket toys produced before November 2006, 600,000 Barbie and Tanner Playsets, 1 million Doggie Daycare, Shonen Jump's One Piece and thousands of Batman Manga toys due to exposed magnets. In 2009, Mattel would pay a $2.9 million fine to the Consumer Products Safety Commission for marketing, importing, and selling non-compliant toys. Mattel was noted for its crisis response by several publications, including PRWeek, the Los Angeles Times, Fortune and Business Management.

In early 2010, HiT Entertainment licensed Thomas & Friends to Mattel for toys. Mattel bought out HiT Entertainment on October 24th, 2011 for $680 million.[1] The sale/merger was completed on February 1, 2012, and HiT Entertainment became a wholly owned subsidiary of Mattel, managed under its Fisher-Price unit. In October 2013, Mattel launched its new in-house film studio, Playground Productions.

Fortune Magazine named Mattel one of the top 100 companies to work for in 2013, noting only 1,292 positions were full, out of 164,045 job applications during the previous year, as well as more than 1,000 employees had been with the company longer than 15 years.

On February 28, 2014, Mattel acquired Mega Brands. On April 16, 2015, Mattel announced a partnership with invention platform Quirky to crowd-source a number of products.

Mattel added a princess-themed Barbie line in 2010, and the fair and fantasy store-based Ever After High line in 2013. Barbie sales began plummeting in 2012, thus removing focus from the Disney Princess line. Mattel had only sold Cinderella, Ariel, Belle, and the two Frozen princesses during the last year or so of its license. With these competing lines and an expiration of the brand license at the end of 2015, Disney gave Hasbro a chance to gain the license given their work on Star Wars, which led to a Descendants license. Disney Consumer Products also made an attempt to evolve the brand from "damsels" to "heroines." In September 2014, Disney announced Hasbro would be the licensed doll maker for the Disney Princess line starting on January 1, 2016.

In January 2015, board member Christopher Sinclair replaced CEO Bryan Stockton, following with 2/3 of senior executives resigning or receiving lay off. In January 2016, Mattel acquired Fuhu, makers of Nabi tablets and other technology-driven hardware, in a bankruptcy proceeding for a sum worth $21 million. Mattel formed a new division formed from HIT, Playground Productions called Mattel Creations. Hasbro had made a takeover offer for Mattel at the time when Mattel was worth $5 billion and Hasbro, about $11 billion. Despite the contrasting net worth, 5 days later, Mattel rejected the offer.

Mattel formed with Chinese internet technology and video game company NetEase in January 2018 a joint venture, Mattel163, a mobile publishing and development studio. The company announced on December 24, 2018 that they lost the DC Comics boy toy license to Spin Master starting in the spring of 2020. With the news, company share reached a 18-year low at $9.25 a share.

Ynon Kreiz was named company Chairman and CEO in April 2018. In June 2018, the company laid off 2,200 partial due to Toys R Us' liquidation. Kreiz started reorganizing which included new board directors added that have entertainment backgrounds and a global franchise management group charged with finding new opportunities in existing markets.

On September 6, 2018, Mattel announced the launch of a film division, Mattel Films, that will make films/movies based on the company's toy brands. Mattel's prior incarnation of its film division, Playground Productions, was absorbed into Mattel Creations after its Max Steel film flopped.

On August 31, 2018, Mattel indicated the formation of its global franchise management division head by Janet Hsu as chief franchise management officer. The division's mandate seek out new commercial opportunities plus to bring to together consumer products, content development and distribution, digital gaming, live events and partnerships. Hsu was previously Saban Brands CEO, where Frederic Soulie last worked before being appointed as senior vice president of content distribution and business development in the franchise division in late September 2018.

On April 10, 2020, Barney albums that were under HIT Entertainment and Koch Records were transferred to Arts Music. The announcement was made on May 1, 2020 that toy manufacturing giant Mattel, Inc. signed an exclusive, multi-year global music licensing deal with Warner Music Group's Arts Music division, which became the sole distributor of Mattel's catalog of more than 1,000 songs from brands like Barbie, Thomas & Friends, Hot Wheels, American Girl, Fisher Price and Barney.[2]

Timeline of Barney with Mattel