The Queen of Make-Believe

Min in Having Tens of Fun 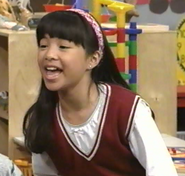 Min in A Very Special Delivery

Min in Are We There Yet

Min in Kids for Characters 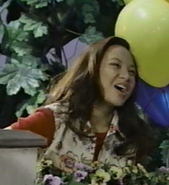 Retrieved from "https://barney.fandom.com/wiki/Min?oldid=217167"
Community content is available under CC-BY-SA unless otherwise noted.