1, Dorian Cicero
Phyllis Marie Cicero (July 1, 1959 - February 12, 2021) was an American actress who was best known for her role as Stella the Storyteller on the television show, Barney & Friends. She portrayed the role of Stella the Storyteller from seasons three to season six of the show with a surprise comeback in The Best of Barney (2008). She also played all twelve of Stella's cousins in It's Time for Counting (1998).

Phyllis Cicero was born in Tyler, Smith County, Texas to her mother, Dorothy Jean Cicero, and her father, Samuel T. Cicero. She was one of five children.[1]

Phyllis Cicero began her career in the theater appearing in stage productions of "Cabin in the Sky", "Porgy and Bess", and "A Raisin in the Sun". Relocating to Los Angeles, California, in the early 1990s, she began a secondary career as a character actress in film appearing in over 30 features; often typecast as mothers, wives, best friends, kindly neighbors, doctors, nurses, secretaries, educators, and businesswoman. she was also a theatrical instructor for the Tyler Civic Theater.

During Phyllis Cicero's career, she was state president of the Future Homemakers of Americas, a secretary for the National Honor Society, she served as the team-board vice-president for JCPenney, and she was an honorary chairwoman with the Texas State Democratic Committee.

Phyllis Cicero passed away on February 12th 2021 due to complications from liver cancer.[4]

During the reception at the Tyler Public Library, Gloria Washington, executive director of the Texas African American Museum in Tyler, read a proclamation from Tyler Mayor Martin Heines declaring Sept. 16 as Phyllis Cicero Day to honor her legacy and accomplishments.[2]

Phyllis Cicero was a regular parishioner of the African Methodist Episcopal Church.[4] 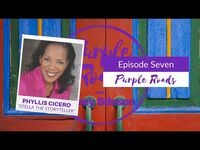 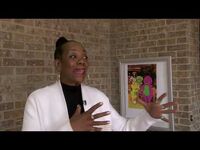 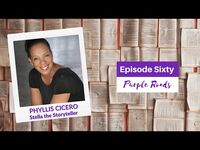