Angel Velasco
Robert is a character who appeared in Season 4-6 of Barney & Friends. He was portrayed by Angel Velasco.

Robert is of Mexican descent like Luci, Tina, Carlos, and Juan. He lives with his mother, father, and three brothers; one of whom is named Julio. He like to watch the train when he go to school with his dad. He also has a cousin named Mateo, who appeared in "Waiting for Mr. MacRooney".

Robert and his family have a tradition of going camping each fall. His favorite part of camping is making s'mores. He like to watch the train when he go to school with his dad.

Robert enjoys playing soccer and going fishing. He join a soccer team. He also can play baseball. He can play piano.

Robert likes to read a book every time, he also likes to make a quilt although it takes a long time.

Robert’s favorite color is red, he has a red bicycle. 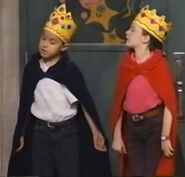 Robert and Kristen in Castle Costumes 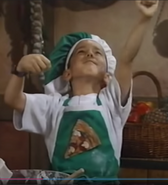 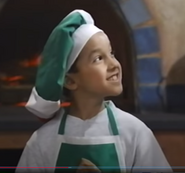 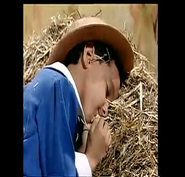 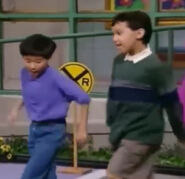