Universal Kids is an American children's network owned by the NBCUniversal Television and Streaming unit of NBCUniversal. The channel was originally known as Sprout and re-branded under its current name on September 9, 2017. With the rebrand, the network expanded its primetime programming to focus on a wider youth audience aimed at older children. They continue to broadcast preschool-oriented programming under the "Universal Kids Preschool" branding during daytime hours.

For the history of Universal Kids prior to its rebranding, see: Sprout

On May 1, 2017, NBCUniversal announced that Sprout would rebrand as Universal Kids on September 9, 2017. With the rebranding, the network revamped its evening and primetime programming to aim preteens aged 8–12. Universal Kids continues to broadcast preschool programming, initially retaining the Sprout brand, occupying fifteen hours per-day of programming from 3:00 a.m. to 6:00 p.m. LT. Network president Deirdre Brennan claimed that Universal Kids' new programming would be renowned from its competitors, stating that "we're offering something to 2 to 12 year olds that has a slightly different purpose — widening their eyes, opening their minds and celebrating many aspects of being a kid. We have great [shows] for the preschoolers, which is important, but we needed to grow up with the rest of the family." Universal Kids will initially focus on acquired programs and unscripted series (such as Top Chef Junior, a spin-off of the Bravo reality franchise Top Chef), with plans for scripted original programming in the future. NBCUniversal intended to make "significant" investments in original content for Universal Kids over the next three years. The launch lineup included a large number of international acquisitions, particularly from the U.K., Australia, and Canada; Brennan acknowledged that since youth audiences had become "globally aware", the network wanted to showcase foreign series that had not yet aired in the United States.

On December 14, 2018, Universal Kids announced on their social media accounts that Barney & Friends would premiere on December 17 of that same year.[1] In its first two weeks, Barney & Friends outperformed the network average by +50% for preschoolers. During its run, the series had the network's highest gross rating point among children two to five years old and ranked number two in women eighteen to forty-nine.[2] The show was broadcasted on the network for a short while before ending up on VOD with episodes rotating. 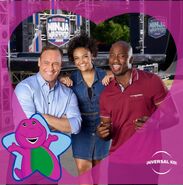 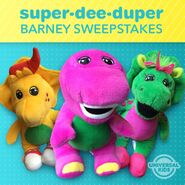 *The award went to Jared Cohen who wrote and produced the trailer.

The mission with the promos on Universal kids was to make Barney feel fresh and current without abandoning why preschoolers love him. The goal was also to grab the attention of parents who grew up with the show and or who didn't watch the show. They poked fun at parents with a faux movie trailer to unite the lovers and haters of the program.[2] 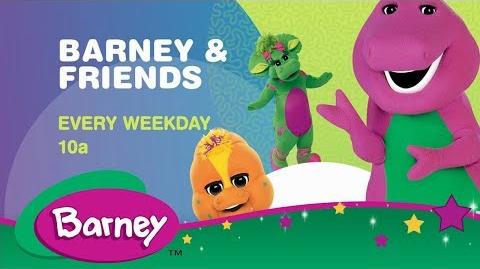 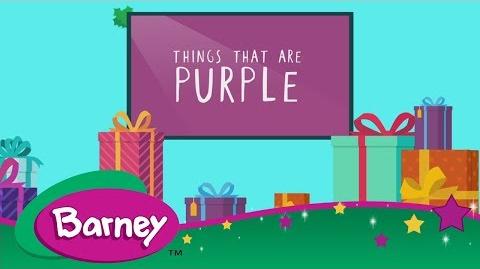 Barney 💜 Things That Are Purple WATCH BARNEY ON UNIVERSAL KIDS!