"Waiting For Mr. MacRooney" is the sixth episode from the fourth season of Barney & Friends.

Robert is waiting for Mr. MacRooney, the mail carrier, to arrive. His cousin, Mateo, has promised him a special surprise and, in the past, it has always come by mail. Scooter McNutty serves as lookout for Mr. MacRooney, while Barney and the children help Robert keep busy while he waits. With Scooter popping in throughout the show to give his report and adding his own special outlook on patience, the children learn about the post office, decorate Gingerbread cookies for Mr. MacRooney, hear a story from Stella, and play a game. When Mr. MacRooney arrives he has something for everyone but Robert. Robert is happily surprised when his cousin Mateo shows up in person for a visit. 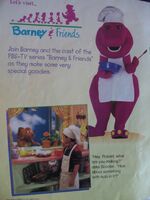 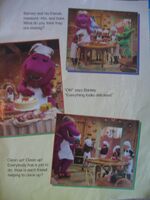