The We Are Family Foundation produced a cover version of the Sister Sledge song "We Are Family", featuring more than 100 well-known children's characters, to promote diversity and tolerance. The video debuted as a public service announcement on Disney Channel, Nickelodeon and PBS on March 11, 2002, and was issued as an educational DVD free to US public and private elementary schools in March 2005. 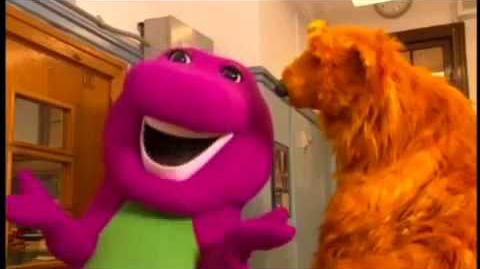 We Are Family (Commercial)
Add a photo to this gallery
Retrieved from "https://barney.fandom.com/wiki/We_Are_Family?oldid=219993"
Community content is available under CC-BY-SA unless otherwise noted.